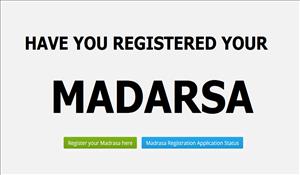 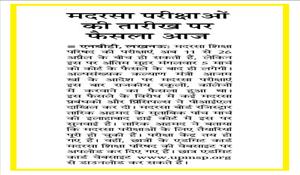 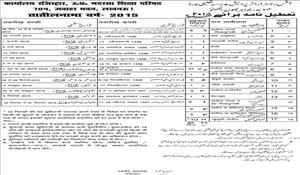 "The honorarium of Madarsa teachers will be hiked. It has been decided, but we have to work out on the amount," Akhilesh said, addressing a conference of Madarsa managers and principals in Lucknow.
He said that on the lines of awards given to teachers of primary and secondary schools, an awards scheme for good Madarsa teachers would also be set up.
"The government will formulate a Madarsa manual within two months. We will also ensure timely payment of salaries to Madarsa teachers. Competitions for Madarsa students will also be started," he said.
The government, CM said, would also accept the demand of providing jobs to the kin of deceased employed in Madarsas.
Akhilesh said that work to elevate standard of education at ITI and polytechnic institutes would also be done.
Educational certificates issued by State Madarsa Boards will be considered at par with the ones issued by the CBSE or any other board, the Minority Affairs Ministry has said in response to an RTI query.
In response to an RTI query, the Ministry said in order to provide higher education, the certificates issued by the state madarsa boards would be considered at par with certificates issued by the Central Board of Secondary Education, Council of Board of School Education or any other board.
As per the RTI reply, of the 88 Muslim-dominated districts in the country, commercial education will be provided in 33 districts.
Moradabad-based RTI activist Saleem Beg had sought information from the Minority Affairs Ministry on the steps taken by the Central Government to improve conditions of Muslims as per the recommendations of the Sachhar committee.
The Ministry informed that in places where the number of Urdu-speaking people is more than 25 per cent, Urdu teachers should be arranged for in Government schools there.
The Ministry has also stated that steps such as providing financial assistance to improve the salaries and working conditions of teachers also in these madarsas have also been taken.